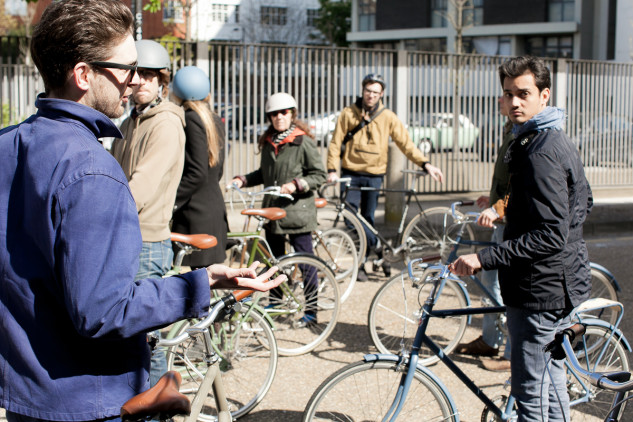 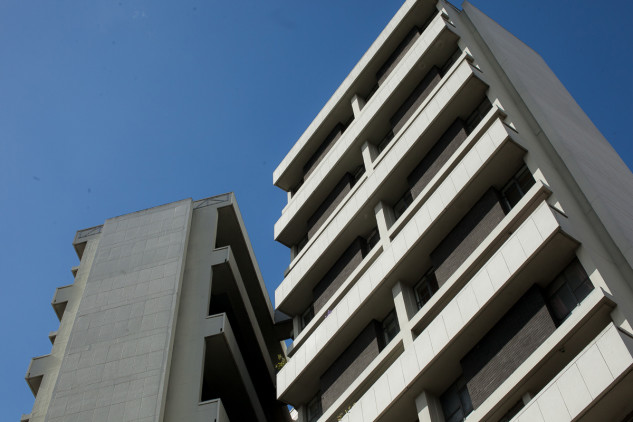 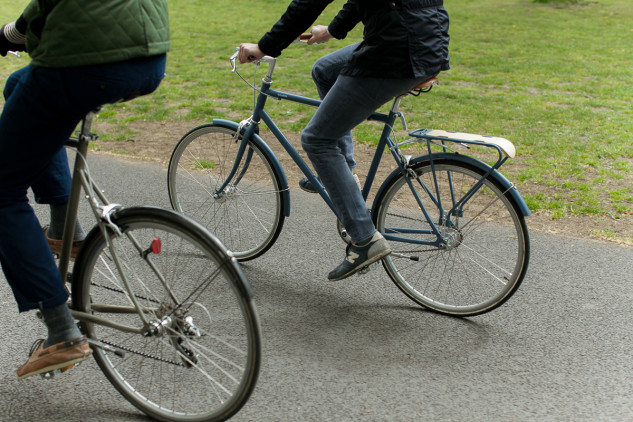 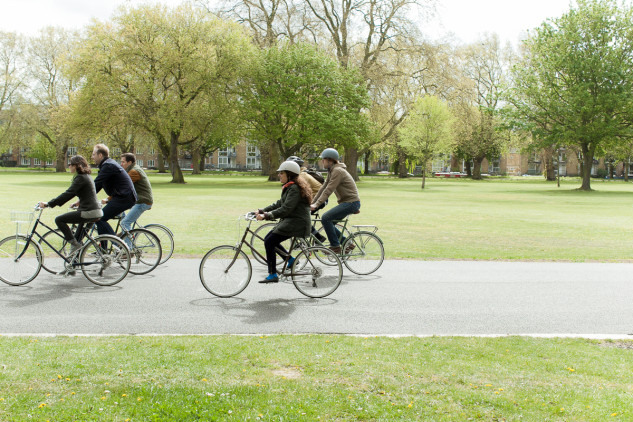 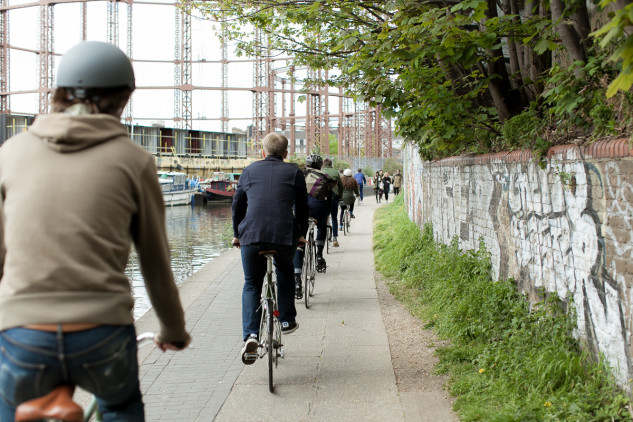 The first tokyobike X ACE HOTEL East End tour took place last Saturday, 19 April. The first in a series of tours running through the summer (keep an eye on the ACE HOTEL Calendar for dates). The idea is to take a meandering and scenic route through some cultural highlights of the East End. Each tour will be different, but all will focus on creating an enjoyable ride by utilising the canal, parks and quiet cycling roads. Along the way there are stops for architectural and historical highlights, studio visits, and a look at some of the special galleries and stores in the area.

For the inaugural tour, we were blessed with beautiful weather. The journey began with a morning coffee at ACE, and then a short wander over to the the tokyobike store to get kitted out with bikes and helmets. Once everyone was suitably attired, the riding began.

The first stop was at the Arnold Circus bandstand, for a look at the Boundary Estate. The Grade II listed buildings, arguably the world’s first council housing, opened in 1900 and replaced the notorious Friars Mount slum, in the Old Nichol. The bandstand itself has two features of note, firstly it was built using the rubble of the old slum, and secondly it has a one-off park bench designed by Michael Marriott, a little gem to be sat on.

A quick round the block to see Dirty House, an early project by Adjaye Associates (2002) and we were off down the backstreets of Bethnal Green to Keeling House. Designed by Sir Denys Lasdun, who later went on to design the National Theatre. Keeling House was topped-out in 1958 and later became the first post-war modern council housing to be given Grade II listing (in 1992).

We rode on past the Approach Tavern and into Victoria Park for some water and greenery.

After a little pause for breath, we then took the Regent’s Canal back up to Dalston for a working studio visit to Terrace Studios to see Simon Day of Nocturne Workshop, painter Karl Bielik and jewellery maker Susan O at work. The gallery Legion TV also was open for a visit.

Heading back now, we crossed De Beauvoir Town and stopped in Shoreditch Park to see John Frankland’s magnificent 85-tonne boulder and then headed down into Shoreditch for a quick visit to design brand and store SCP, and to the quite excellent Club of Friends show of Russian art at the Calvert 22 Gallery. A great start to the series.

Thanks to tokyobike and ACE HOTEL.